The Tourist inn Villa Paz has built this museum to contribute to the cultural identity of Caqueta; the tour around the museum includes twelve stations of sculptures made by artists from Caqueta so they show the historical, cultural and social behavior of those who have forged the department. The museum is framed by national symbols of the sixteen municipalities of Caqueta.

During the 30 minute tour the tourist also can appreciate the varieties of "heliconias" (type of flower)  and fruit trees like arazá, guava, lemon, guava, tangerine, custard apple and guama.

The driving tour is guided by a recording that tells the generalities of the department for instance the native women and men, the rubber worker, settlers, the sawyer, the farmer, the rancher, the goddess of life, the "coca" grower, peace and Amazonian biodiversity. These stories were taken from the book of Felix Artunduaga Bermeo and this part of the museum honors his work. 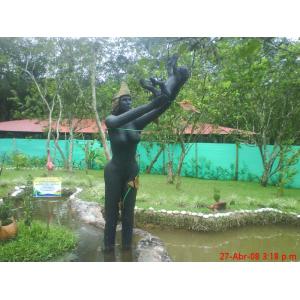 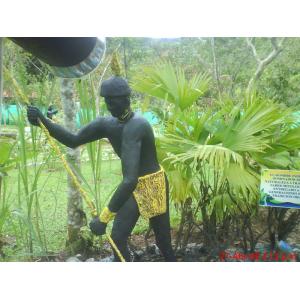