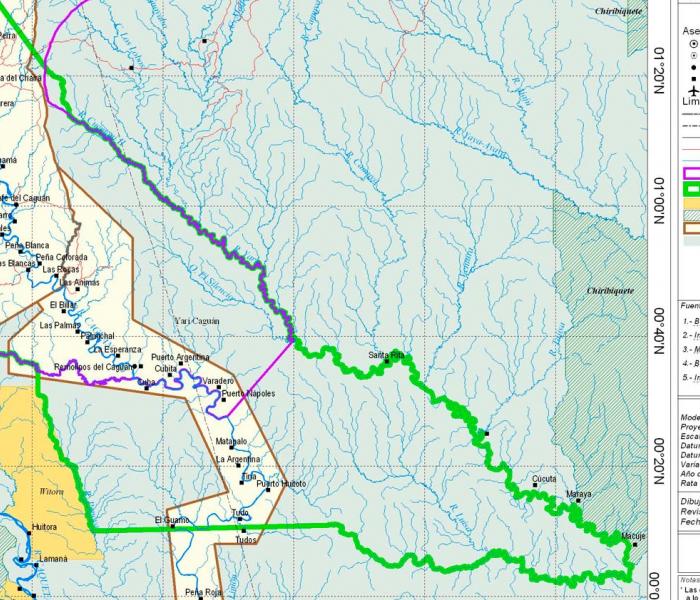 The municipality of Cartagena del Chairá is located at the right bank of the Caguán River downstream, to the South of the Department of Caquetá, has an average altitude of 234 m asl. an average temperature of 25.8 ° C and annual average precipitation of 3.793 mm. average. Leaving the capital of the Department - Florence - which is located at a distance of 123 Km are the towns of Montanita and El Paujil, being this last 51 km. and El Paujil to Cartagena del Chairá 72 km. of which there are 20 paved and 52 in regular affirmed.

Currently builds the 'Pacific' airfield in the village of Penas Coloradas, which seeks to reduce costs and time of transport towards the interior of the country and the capital of the Department.