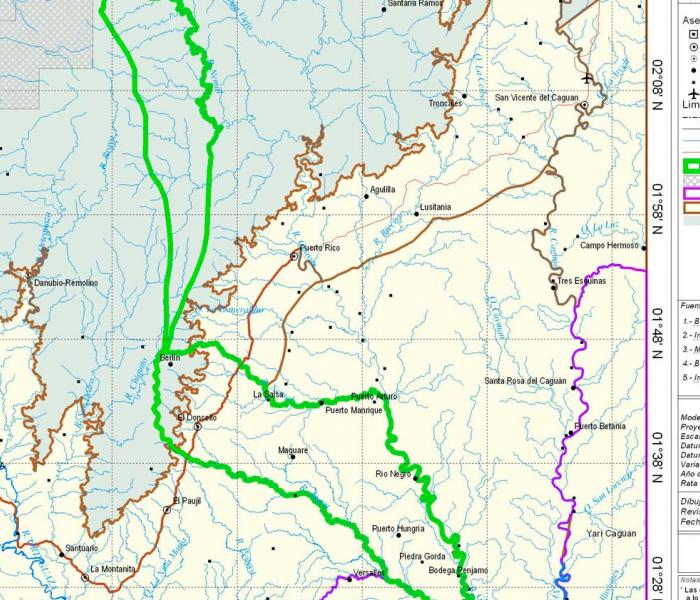 The area of the municipality is 1043 km2 and includes inspections of police Maguaré, port Manrique, port Hungary, Peñas Negras and Berlin.

The municipality of El Doncello consists of a fairly large number of trails, is located in the foothills of the slope East of the mountain range of the same name presents a shared topography between mountains and plain skirt. Its urban area is located at an altitude of 480 metres above sea level with a temperature of 26 degrees Celsius.

Aspect of the urban sector

Despite being the second county seat in terms of location in the Department after Florence and in addition to providing better urban conditions than other towns of Caquetá in relative terms, economic activity keeps characteristics of informal due to the abrupt and disorderly growth of the urban population and minimum conditions of structure that will allow an important dynamic.

Do not have Airways that allow direct to the municipality, the airport arrival near is located in the city of Florencia, Caquetá